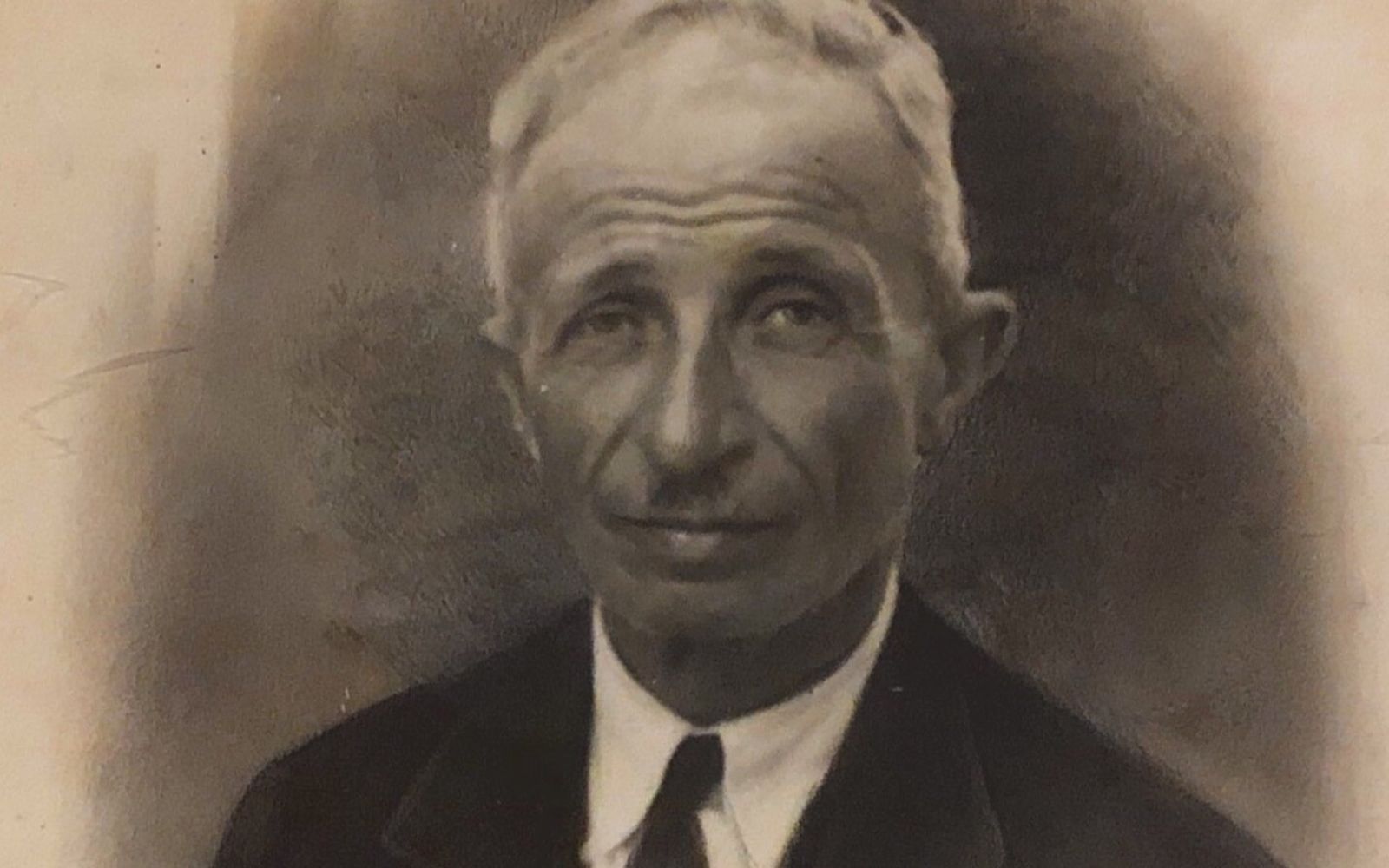 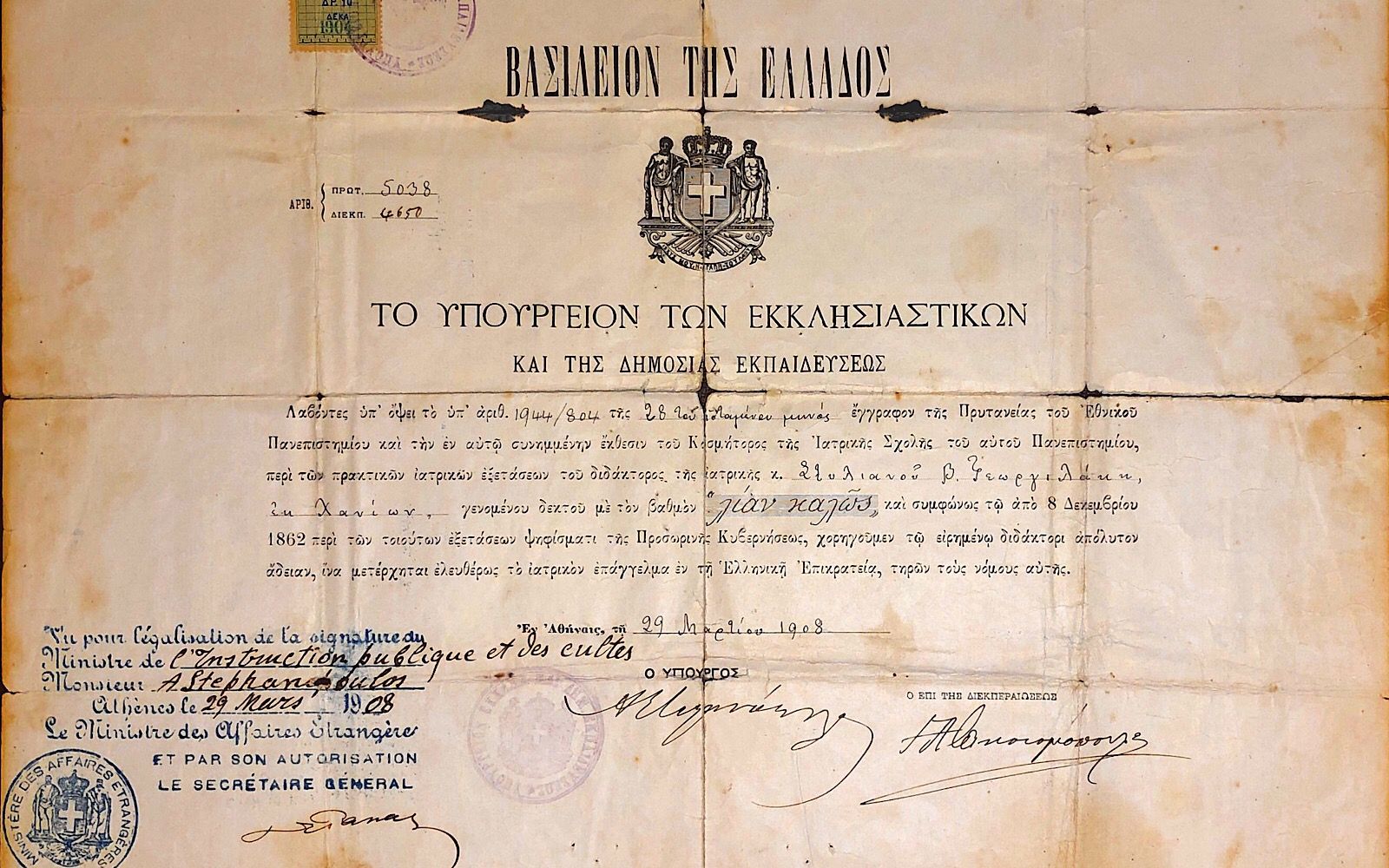 1878-1960
Stylianos V. Georgila was born in Kontomari in 1878, graduated from Gymnasium in Chania and studied medicine at the University of Athens, where he graduated with honors in 1908. During his studies he was also assistant of surgeon doctor Fokas.
Returning to Crete after his studies, he is practicing the profession of Pathologist in his village, Kontomari.
In 1909 he married the beautiful Aikaterini Kokkinaki from Gerani, who gave him two sons, Vasilios in 1910 and Artemis in 1913.
He served as Volunteer Doctor in the War of 1912-13.
In 1916 during the birth of his 3rd child he loses both his beloved companion and his daughter.
Unbeknownst, he accepts the invitation of Chanty Surgery Professor Logothetopoulos, who is the exile of his services at the Municipal Hospital of Chania and becomes his assistant. He does not abandon the Professor, who specializes in surgery and leaves him a successor after he leaves.
This post of the Director of the Surgery Clinic of the Municipal Hospital of Chania serves until 1926, when after serious conflicts with the Mayor of Chania, he quits.
1926-1938 collaborates with various private clinics and his hard work was proverbial, the goodness of the immense, the apostolic austerity. He worked hard without looking for financial benefits without showing himself.
He was also an exemplary cultivator, the Region and his Prefecture were following, as President of the Elaia Fund was a major success.
He enjoys a special appreciation and friendship from Eleftherios Venizelos, who appreciated his abilities with a letter dated 2/7/1932 urging him to participate in the parliamentary elections with the Liberal Party, as representative of Chania.
In 1934 he nominates him as candidate Mayor of Chania, but unfortunately he loses the election by 35 votes.
In 1938 he took over the Department of Surgery at the Municipal Hospital of Chania, where he served until his withdrawal from the medical profession due to age.
In May 1941 during the operations of the Battle of Crete and under the bombing of the Germans, he remains inexpensive by treating the wounded in the Municipal Hospital where he transports his bed without leaving the hospital day and night. The city of Chania must be proud because it had Stylianos Georgilas in those sad days of German darkness.
For Stylianos Georgilas there was no famous or unknown patient, rich or poor. He had a patient for the patient had to sacrifice everything from himself to relieve him and save him and he was asking the same from the others, doctors and nurses. In case someone didn’t follow his instructions for the patient, it was preferable not to face Dr. Stylianos Georgila.
In 1948 he lost his 1st born child, surgeon Vasilis Georgila, whose death was also his death. The fate hit him, he could not bear it.
In 1952, he resigned to the medical profession and retired to his father's house and family of his 2nd son’s Artemis, without stopping to offer services to the sufferers, always with selflessness. A fracture on Easter Day in 1960 will lead to his death on 24/4/1960. In the funeral on 25/4/1960, the following were reported among others:
..Stylianos Georgilas was not a common man. He was extremely cultivated and gifted with the noblest human ideals, an example of altruism in medical ethics.
.. His life was an example, a model, a symbol. There was the confirmation of the value and the deeper importance that has always been to the fate of man, the consciousness of his mission.
.. He was industrious, honest, altruistic , modest. He was a man. His life and action will remain an example for the younger. 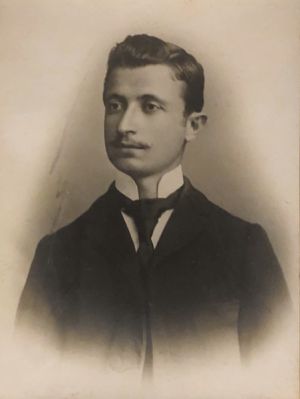 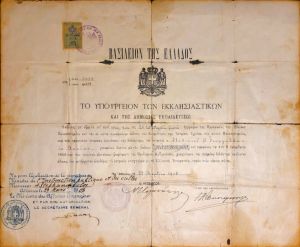